Senator Edward M. Kennedy has served in the United States Senate for forty-six years, and has been one of the greatest lawmakers – and leaders – of our time. From reforming our public schools to strengthening civil rights laws and supporting working Americans, Senator Kennedy has dedicated his career to fighting for equal opportunity, fairness and justice for all Americans. He has worked tirelessly to ensure that every American has access to quality and affordable health care, and has succeeded in doing so for countless children, seniors, and Americans with disabilities. He has called health care reform the “cause of his life,” and has championed nearly every health care bill enacted by Congress over the course of the last five decades. Known as the “Lion of the Senate,” Senator Kennedy is widely respected on both sides of the aisle for his commitment to progress and his ability to legislate."

Nancy Goodman Brinker is the founder of Susan G. Komen for the Cure, the world’s leading breast cancer grass roots organization. Brinker established the organization in memory of her sister, who passed away from breast cancer in 1980. Through innovative events like Race for the Cure, the organization has given and invested over $1.3 billion for research, health services and education services since its founding in 1982 and developed a worldwide grassroots network of breast cancer survivors and activists who are working together to save lives, empower people, ensure quality care for all and energize science to find cures. Brinker has received several awards for her work, and has also served in government as U.S. Ambassador to Hungary (2001 – 2003), Chief of Protocol of the U.S. (2007 – 2009), and Chair of the President’s Cancer Panel (1990). In May, Nancy Goodman Brinker was named the first-ever World Health Organization's Goodwill Ambassador for Cancer Control.

Dr. Pedro Jose Greer is a physician and the Assistant Dean of Academic Affairs at the Florida International University School of Medicine, where he also serves as Chair of the Department of Humanities, Health and Society. Dr. Greer is the founder of Camillus Health Concern, an agency that provides medical care to over 10,000 homeless patients a year in the city of Miami. He is also the founder and medical director of the St. John Bosco Clinic which provides basic primary medical care to disadvantaged children and adults in the Little Havana community. He has been recognized by Presidents Clinton, Bush, Sr., and Carter for his work with Miami's poor . He is also the recipient of three Papal Medals as well as the prestigious MacArthur "genius grant". He currently has a joint private practice with his father, Pedro Greer, Sr. 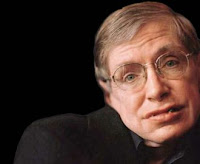 Stephen Hawking is an internationally-recognized theoretical physicist, having overcome a severe physical disability due to motor neuron disease. He is the Lucasian Professor of Mathematics at Cambridge University, a post previously held by Isaac Newton in 1669. In addition to his pioneering academic research in mathematics and physics, Hawking has penned three popular science books, including the bestselling A Brief History of Time. Hawking, a British citizen, believes that non-academics should be able to access his work just as physicists are, and has also published a children’s science book with his daughter. His persistence and dedication has unlocked new pathways of discovery and inspired everyday citizens.

Jack Kemp, who passed away in May 2009, served as a U.S. Congressman (1971 – 1989), Secretary of Housing and Urban Development (1989 – 1993), and Republican Nominee for Vice President (1996). Prior to entering public service, Kemp was a professional football player (1957 – 1969) and led the Buffalo Bills to American Football League championships in 1964 and 1965. In Congress and as a Cabinet Secretary, Kemp was a self-described “bleeding heart conservative” who worked to encourage development in underserved urban communities. In the years leading up to his death, Kemp continued seeking new solutions, raising public attention about the challenge of poverty, and working across party lines to improve the lives of Americans and others around the world.

Billie Jean King was an acclaimed professional tennis player in the 1960s and 1970s, and has helped champion gender equality issues not only in sports, but in all areas of public life. King beat Bobby Riggs in the “Battle of the Sexes” tennis match, then the most viewed tennis match in history. King became one of the first openly lesbian major sports figures in America when she came out in 1981. Following her professional tennis career, King became the first woman commissioner in professional sports when she co-founded and led the World Team Tennis (WTT) League. The U.S. Tennis Association named the National Tennis Center, where the US Open is played, the Billie Jean King National Tennis Center in 2006.

Reverend Lowery has been a leader in the U.S. civil rights movement since the early 1950s. Rev. Lowery helped organize the Montgomery bus boycott after Rosa Parks was denied a seat, and later co-founded the Southern Christian Leadership Conference, a leading civil rights organization, with Dr. Martin Luther King, Jr. Rev. Lowery led the march from Selma to Montgomery in 1965. Rev. Lowery is a minister in the United Methodist Church, and has continued to highlight important civil rights issues in the U.S. and worldwide, including apartheid in South Africa, since the 1960s.

Dr. Joseph Medicine Crow, the last living Plains Indian war chief, is the author of seminal works in Native American history and culture. He is the last person alive to have received direct oral testimony from a participant in the Battle of the Little Bighorn: his grandfather was a scout for General George Armstrong Custer. A veteran of World War II, Medicine Crow accomplished during the war all of the four tasks required to become a “war chief,” including stealing fifty Nazi SS horses from a German camp. Medicine Crow was the first member of his tribe to attend college, receiving his master’s degree in anthropology in 1939, and continues to lecture at universities and notable institutions like the United Nations. His contributions to the preservation of the culture and history of the First Americans are matched only by his importance as a role model to young Native Americans across the country.

Harvey Milk became the first openly gay elected official from a major city in the United States when he was elected to the San Francisco Board of Supervisors in 1977. Milk encouraged lesbian, gay, bisexual, and transgender (LGBT) citizens to live their lives openly and believed coming out was the only way they could change society and achieve social equality. Milk, alongside San Francisco Mayor George Moscone, was shot and killed in 1978 by Dan White, a former city supervisor. Milk is revered nationally and globally as a pioneer of the LGBT civil rights movement for his exceptional leadership and dedication to equal rights.

Justice O’Connor was the first woman ever to sit on the United States Supreme Court. Nominated by President Reagan in 1981, she served until her retirement in 2006. Prior to joining the Supreme Court, O’Connor served as a state trial and appellate judge in Arizona. She was also as a member of the Arizona state senate, where she became the first woman in the United States ever to lead a state senate as Senate Majority Leader. At a time when women rarely entered the legal profession, O’Connor graduated Stanford Law School third in her class, where she served on the Stanford Law Review and was elected to the Order of the Coif. Since retiring from the Supreme Court in 2006, O’Connor has served as Chancellor of the College of William and Mary, on the Board of Trustees of the National Constitution Center, and participated in the Iraq Study Group in 2006, as well as giving numerous lectures on public service. She has received numerous awards for her outstanding achievements and public service.

Sidney Poitier is a groundbreaking actor, becoming the top black movie star in the 1950s and 1960s. Poitier is the first African American to be nominated and win a Best Actor Academy Award, receive an award at a top international film festival (Venice Film Festival), and be the top grossing movie star in the United States. Poitier insisted that the film crew on The Lost Man be at least 50 percent African American, and starred in the first mainstream movies portraying “acceptable” interracial marriages and interracial kissing. Poitier began his acting career without any training or experience by auditioning at the American Negro Theatre.

Chita Rivera is an accomplished and versatile actress, singer, and dancer, who has won Two Tony Awards and received seven more nominations while breaking barriers and inspiring a generation of women to follow in her footsteps. In 2002, she became the first Hispanic recipient of the coveted Kennedy Center Honor. Propelled to stardom by her electric performance as Anita in the original Broadway premiere of West Side Story, Rivera went on to star in additional landmark musicals such as Chicago, Bye Bye Birdie, and Jerry’s Girls. She recently starred in The Dancer’s Life, an autobiographical musical about her celebrated life in the theater.

Mary Robinson was the first female President of Ireland (1990 – 1997) and a former United Nations High Commissioner for Human Rights (1997 – 2002), a post that required her to end her presidency four months early. Robinson served as a prominent member of the Irish Senate prior to her election as President. She continues to bring attention to international issues as Honorary President of Oxfam International, and Chairs the Board of Global Alliance for Vaccines and Immunizations (GAVI Alliance). Since 2002 she has been President of Realizing Rights: The Ethical Globalization Initiative, based in New York, which is an organization she founded to make human rights the compass which charts a course for globalization that is fair, just and benefits all.

Janet Davison Rowley, M.D., is the Blum Riese Distinguished Service Professor of Medicine, Molecular Genetics & Cell Biology and Human Genetics at The University of Chicago. She is an American human geneticist and the first scientist to identify a chromosomal translocation as the cause of leukemia and other cancers. Rowley is internationally renowned for her studies of chromosome abnormalities in human leukemia and lymphoma, which have led to dramatically improved survival rates for previously incurable cancers and the development of targeted therapies. In 1999 President Clinton awarded her the National Medal of Science--the nation's highest scientific honor.

Desmond Tutu is an Anglican Archbishop emeritus who was a leading anti-apartheid activist in South Africa. Widely regarded as “South Africa's moral conscience,” he served as the General Secretary of the South African Council of Churches (SACC) from 1978 – 1985, where he led a formidable crusade in support of justice and racial reconciliation in South Africa. He received a Nobel Peace Prize for his work through SACC in 1984. Tutu was elected Archbishop of Cape Town in 1986, and the Chair of the South Africa Truth and Reconciliation Commission in 1995. He retired as Archbishop in 1996 and is currently Chair of the Elders.

Dr. Muhammad Yunus is a global leader in anti-poverty efforts, and has pioneered the use of “micro-loans” to provide credit to poor individuals without collateral. Dr. Yunus, an economist by training, founded the Grameen Bank in 1983 in his native Bangladesh to provide small, low-interest loans to the poor to help better their livelihood and communities. Despite its low interest rates and lending to poor individuals, Grameen Bank is sustainable and 98% percent of its loans are repaid – higher than other banking systems. It has spread its successful model throughout the world. Dr. Yunus received the Nobel Peace Prize in 2006 for his work.