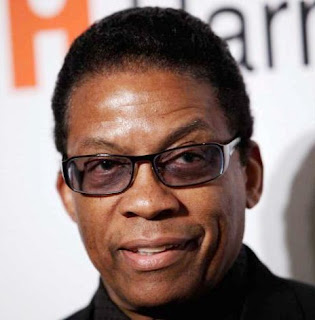 The renowned jazz pianist's first major initiative since being named a UNESCO Goodwill Ambassador last July is to establish International Jazz Day to be held on April 30 of every year. That date coincides with the last day of what has been celebrated as Jazz Appreciation Month in the U.S.

This year's inaugural event — organized by the U.N. Educational, Scientific and Cultural Organization in partnership with the Thelonious Monk Institute of Jazz, which Hancock chairs — will include star-studded concerts in Paris, New Orleans and New York as well as jazz-related events in several dozen countries from Algeria to Uruguay.

Hancock said he had little difficulty lining up support for his proposal from the 195-member U.N. cultural organization "because so many countries have been affected in crucial ways over the years by the presence of jazz."

"Jazz has been the voice of freedom for so many countries over the past half century," Hancock said in a telephone interview ahead of Tuesday's official announcement of International Jazz Day.

"This is really about the international diplomatic aspect of jazz and how it has throughout a major part of its history been a major force in bringing people of various countries and cultures together."

UNESCO Director-General Irina Bokova endorsed the initiative. In a statement, she said International Jazz Day is intended to bring together people all over the world "to celebrate and learn more about the art of jazz, its roots and its impact, and to highlight its important role as a means of communication that transcends differences."

The official kick-off will be on April 27 with an all-day program at UNESCO Headquarters in Paris that will include master classes, roundtable discussions and improvisational workshops. An evening concert will feature Hancock, Dee Dee Bridgewater, South Africa's Hugh Masekela and Brazil's Tania Maria, among others.

Hancock will begin the April 30 celebrations with a sunrise concert at New Orleans' Congo Square, the birthplace of jazz, which comes right after the first weekend of the city's Jazz and Heritage Festival.

He then will fly to New York for a sunset all-star jazz concert for the international diplomatic corps at the U.N. General Assembly Hall to be hosted by Morgan Freeman, Robert DeNiro, Michael Douglas and Quincy Jones. The concert will be streamed live via the U.N. and UNESCO websites.

Hancock sees his latest initiative as an extension of his 2010 CD, the double Grammy-winning "The Imagine Project," a globe-trotting, genre-mixing effort that featured a United Nations of pop and world music stars from 10 countries.

"I hope that this day spreads the joy of spontaneous creation that exists in this music," Hancock said. "My feeling is that jazz will be getting its just due."