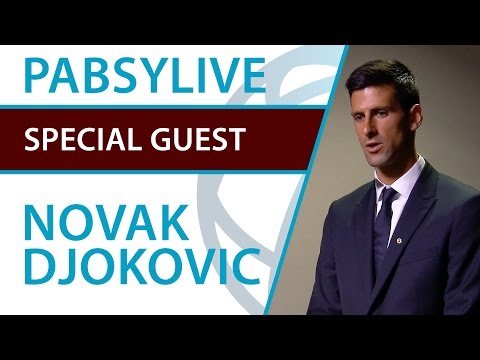 A new generation of goodwill ambassadors and philanthropists is emerging to promote the new SDGs with the World Bank and the United Nations.

New York, August 26, 2015 – In a major boost for young children around the world, the World Bank and the Novak Djokovic Foundation today announced a new partnership to promote early childhood development, which will include global advocacy on the importance of investing early in the lives of children as well as investments to help disadvantaged children in Novak Djokovic’s home country of Serbia.


The new partnership announcement comes a week before the start of the U.S. Open at a press conference in New York City called by World Bank Group President Jim Yong Kim and Djokovic. At the same press conference, UNICEF also announced Djokovic as a Goodwill Ambassador for early childhood development.


In Serbia, the World Bank-Novak Djokovic Foundation initiative will work together with the Serbian government to level the playing field for young children from poor and disadvantaged families. As a first step, the Bank is in discussions with the Serbian government about a project of up to $50 million for inclusive education and early childhood development in Serbia in the coming years. The project will be subject to approval by the World Bank Board and Serbian Parliament. The Novak Djokovic Foundation will mobilize additional resources for early childhood development through private sector partnerships and individual donations.

“All children deserve an equal chance in life, yet millions fail to reach their full potential due to poverty, poor nutrition, and few opportunities for early learning and stimulation,” saidKim. “It gives me great pleasure to announce this new partnership with the Novak Djokovic Foundation, which will help reach these children and give them a fair start. Working together – with national governments like that of Serbia, partners such as UNICEF, civil society organizations and foundations, and champions like Novak Djokovic -- we can achieve early wins today that will yield incredibly high returns tomorrow, both for Serbia and for the world.”

Rigorous studies show that children benefiting from early childhood development programs learn better when they enter primary school and earn higher wages as adults. Investing early through these programs—which cover the physical, socio-emotional, language and cognitive aspects of development—gives disadvantaged children a chance to succeed through a positive effect on their lifelong learning and productivity.

In Serbia, only half of all children aged 3-5 years go to preschool. Less than 10 percent of children from the poorest households in Serbia attend preschool. Indeed, among those from the Roma ethnic minority who are living in informal settlements, preschool enrollment drops to just 6 percent. Addressing this problem has far-reaching consequences for breaking the cycle of poverty and enhancing Serbia’s long-term competitiveness and labor productivity.

“Today is a great day for our children,” said Djokovic. “Thanks to this partnership between the World Bank and the Novak Djokovic Foundation much more will be done to improve quality and access to Early Childhood Education in my country in the following years. The early years of life are crucial, since most cognitive and social development occurs before the age of five. Therefore, we need to make sure all children have an equal chance to grow up and develop into productive, caring citizens of the world. I was fortunate to have had this critical support as a young child, and my dream is that all children, in Serbia and across the world, can fulfil their unique potential.”

“Serbia has over 2,500 locations without preschools. Early education of children aged 3 to 5 is one of the weakest aspects of the education system, despite its importance for later education and development,” added Djokovic. “Serbia's education system faces many problems, including insufficient capacity, uneven distribution of facilities, financial constraints on poor parents, inadequate understanding of the importance of preschool education, as well as a lack of diversity of programs and service providers. We hope to change that for the better.”

Djokovic invited other organizations, including corporations, to join efforts to address these challenges. “We hope many will be supportive of this cause, because only by working together can we make great things happen for children,” he said. “By giving them a fair start in life, we are improving the future of our whole society.”

During the launch of the partnership, Kim and Djokovic signed a Memorandum of Understanding to define collaboration between the World Bank and the Novak Djokovic Foundation for achieving their common goals in early childhood development and inclusive education.

Key activities under the new partnership will include advocating for the importance of early childhood education globally, and working to improve access to quality early childhood development for disadvantaged children in Serbia and beyond.

“The Serbian Government welcomes the new partnership between the Novak Djokovic Foundation and World Bank,” said Dusan Vujovic, Minister of Finance of Serbia, who was present at the signing. “Serbia is undertaking difficult reforms to help restore economic growth and competitiveness. The success of these reforms hinges on Serbia's ability to enhance the quality of its human capital for sustained productivity increases. We recognize that investing in children is key to such human capital growth and greater competitiveness, as well as the best way to ensure a just and equitable society in the future. That is why we will join this initiative through a new World Bank financed project designed to support inclusive education and early child development.”

Although preparation is in early stages, the education project would likely support the building of new preschool facilities and converting under-used primary school classrooms to preschools, improving the quality of teaching and learning in preschools; and increasing financial access for low-income families.

The partnership comes at a significant moment for global development. In one month, member countries are expected to adopt a set of international targets known as the Sustainable Development Goals at the United Nations. Recognizing the importance of investing early for lifelong returns, one of these targets is to extend quality early childhood development, care, and pre-primary education to all children by 2030.