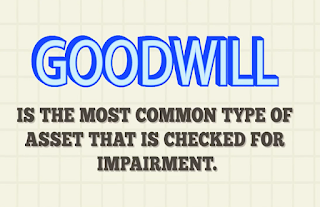 Goodwill is a much more complex term and ideal than most people imagine. It's general meaning in most circumstances signifies to help someone or feel toward them a voluntarily sentiment without expecting any particular reward or gratitude. This short reference will serve as a guide to learn as much about goodwill as you would like, enough to be an expert on it!

In legal terms 'goodwill' is more important than leaseholds, trademarks and copyrights so surely we all must consider it as a significant intangible asset.

The simple definition of goodwill from the Google dictionary reads like this:

The earliest discussion of "goodwill" comes from the Nicomachean texts and Aristotle where he talks about the relationship of friendship to goodwill.

Goodwill is a friendly sort of relation, but is not identical with friendship; for one may have goodwill both towards people whom one does not know, and without their knowing it, but not friendship. This has indeed been said already.' But goodwill is not even friendly feeling. For it does not involve intensity or desire, whereas these accompany friendly feeling; and friendly feeling implies intimacy while goodwill may arise of a sudden, as it does towards competitors in a contest; we come to feel goodwill for them and to share in their wishes, but we would not do anything with them; for, as we said, we feel goodwill suddenly and love them only superficially.

Goodwill seems, then, to be a beginning of friendship, as the pleasure of the eye is the beginning of love. For no one loves if he has not first been delighted by the form of the beloved, but he who delights in the form of another does not, for all that, love him, but only does so when he also longs for him when absent and craves for his presence; so too it is not possible for people to be friends if they have not come to feel goodwill for each other, but those who feel goodwill are not for all that friends; for they only wish well to those for whom they feel goodwill, and would not do anything with them nor take trouble for them. And so one might by an extension of the term friendship say that goodwill is inactive friendship, though when it is prolonged and reaches the point of intimacy it becomes friendship--not the friendship based on utility nor that based on pleasure; for goodwill too does not arise on those terms. The man who has received a benefit bestows goodwill in return for what has been done to him, but in doing so is only doing what is just; while he who wishes some one to prosper because he hopes for enrichment through him seems to have goodwill not to him but rather to himself, just as a man is not a friend to another if he cherishes him for the sake of some use to be made of him. In general, goodwill arises on account of some excellence and worth, when one man seems to another beautiful or brave or something of the sort, as we pointed out in the case of competitors in a contest.

In Law and Philosophy

Now let's view goodwill from from Kant's Moral Philosophy, Good Will, Moral Worth, and Duty

Only the "Good Will" (Goodwill) is good without qualification, independently of what it achieves. Gifts of nature such as intelligence, qualities of temperament like courage or perseverance, are often good but may be used for evil ends unless directed by a goodwill. Gifts of fortune which include riches and health can also be used for good or ill. Even moderation and self-control are not good in themselves but require a goodwill.

More from Kant on Good Will; Good Will to Universal Law

We begin with the concept of that which can be conceived to be good without qualification, a good will. Other good features of human nature and the benefits of a good life, Kant pointed out, have value only under appropriate conditions, since they may be used either for good or for evil. But a good will is intrinsically good; its value is wholly self-contained and utterly independent of its external relations. Since our practical reason is better suited to the development and guidance of a good will than to the achievement of happiness, it follows that the value of a good will does not depend even on the results it manages to produce as the consequences of human action.

Kant's moral theory is, therefore, de-ontological: actions are morally right in virtue of their motives, which must derive more from duty than from inclination. The clearest examples of morally right action are precisely those in which an individual agent's determination to act in accordance with duty overcomes her evident self-interest and obvious desire to do otherwise. But in such a case, Kant argues, the moral value of the action can only reside in a formal principle or "maxim," the general commitment to act in this way because it is one's duty. So he concludes that "Duty is the necessity to act out of reverence for the law."

According to Kant, then, the ultimate principle of morality must be a moral law conceived so abstractly that it is capable of guiding us to the right action in application to every possible set of circumstances. So the only relevant feature of the moral law is its generality, the fact that it has the formal property of universalizability, by virtue of which it can be applied at all times to every moral agent. From this chain of reasoning about our ordinary moral concepts, Kant derived as a preliminary statement of moral obligation the notion that right actions are those that practical reason would will as universal law.

The legal definition "what the term mean's in a courtroom" is as follows:

Good Will - The favorable reputation and clientele of an established and well-run business. The value of good will is ordinarily determined as the amount a purchaser will pay for a business beyond the monetary value of its tangible property and money owed to it.

Goodwill is regarded as a property interest in and of itself, although it exists only in connection with other property, such as the name or location of the operation. Good will exists even in a situation where the business is not operating at a profit.Certain courts refuse to recognize good will that arises out of the personal qualities of the owner. For example, a physician cannot sell good will when selling the office building and other physical assets of his or her practice, since the physician's reputation is based solely upon personal professional abilities.

A transfer of good will from one individual to another can take place as a bequest in a will or through a sale. Ordinarily, when an individual sells the property to which good will is connected, it is automatically transferred to the buyer. However, the buyer and seller can alter this arrangement or specify details in their sale agreement. A former owner of a business has no right to interfere with the subsequent owner's enjoyment of good will following a sale transferring good will, even in the event that the sales contract does not specifically so indicate. In the event that the purchaser wants to prevent the seller from establishing a competing business in the same vicinity, the purchaser must bargain for such a provision in the contract. An agreement not to compete, sometimes called Restrictive Covenant, differs from good will. However, an individual who sells the good will of his or her business is not permitted to solicit former clients or customers or lead them to believe that he or she is still running the same business.

Other treatises and application of goodwill in its essence.

Hunting Goodwill: A History of the Concept of Goodwill in Trademark Law, by Robert G. Bone
Goodwill: A Re-examination of the construct of its measurement. by James C. McCroskey
The value of goodwill, The accountant's approach to the valuation of goodwill in a legal practice, and the factors that influence value, The Journal, by Bob Dallas
Commercial Goodwill, P.D. Leake, (Рипол Классик), 1921
Business Goodwill, Value Adder, Types and Valuation of Goodwill
How to Calculate Goodwill, 5 Ways to Calculate Goodwill, by wikiHow